DUI Lawyer Spartanburg, SC: Driving Under the Influence (DUI) is not your typical criminal offense, nor is Driving with an Unlawful Alcohol Concentration (DUAC). Every day, people from all walks of life are charged with DUI or DUAC. Some make the mistake of thinking they facing a minor traffic offense, and plead guilty without speaking to an attorney. Others see DUI and DUAC for what they truly are; a potentially life changing crime, with consequences that can follow someone for a lifetime.

When charged with a DUI or DUAC, you are potentially facing jail time, a substantial fine, a driver’s license suspension, and mandatory alcohol and substance abuse counseling classes. There is also the possibility of losing your job due to being charged (not convicted) and not being able to drive due to a license suspension. It is crucial to know your rights and to act immediately to protect them. The first step in that process is speaking with an attorney with DUI or DUAC experience, and to do so as soon after the arrest as possible (you have 30 days from the date of arrest to protect your driving privileges, in some situations). Anderson, Moore, Bailey, and Nowell has the experience, knowledge and tools to defend your rights. With the experience of a dedicated former Seventh Judicial Circuit (Spartanburg County) DUI/DUAC prosecutor, we know how to handle your DUI/DUAC charge, and will be there with you every step of the way. Call today to schedule a consultation, which is always free, and always confidential. We will get to work immediately, and fight to protect your future. 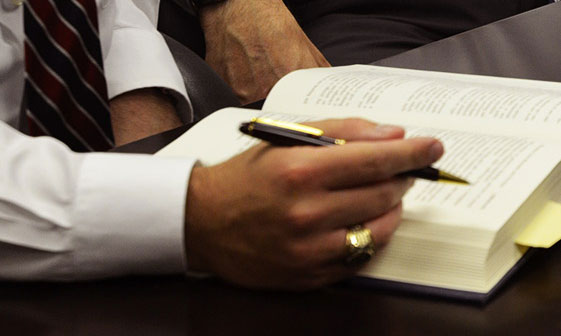 In Spartanburg, SC, it’s actually not illegal to have a drink of alcohol before you drive. This is precisely why police officers issue breathalyzer tests to determine an individual’s Blood Alcohol Content (BAC). However, according to South Carolina state law, it is illegal to operate a vehicle if the drivers’s mental faculties to operate a motor vehicle are materially and appreciably impaired. Due to the fact that a DUI charge that leads to a conviction can potentially have a lasting impact on both your private and professional life, it is critical to contact a DUI Lawyer in Spartanburg as soon as possible.

In preparing for the defense of your DUI charge, many questions need to be addressed:

Pleading guilty to a DUI charge in Spartanburg, SC without the advice of a lawyer can have lasting personal and professional consequences including:

Understanding DUI Laws And If You Need A DUI Lawyer

The state of South Carolina takes driving while under the influence of alcohol or drugs very seriously. In the state there are limits for the amount of alcohol that can be in your blood if you are operating a vehicle. If it’s found that you are under the influence of drugs or alcohol then you will face severe penalties. Here we will help you understand the DUI laws and if you need a DUI lawyer in Spartanburg, South Carolina.

What Is A DUI?

South Carolina law says that anyone who has blood alcohol of .08% or more is considered to be over the legal limit to operate a motor vehicle. Most are aware of this but others are unaware, or at least less aware, that if you are found to have a blood alcohol content .05% but less then the .08% and the officer has other evidence such as a roadside sobriety test to support the charge of driving under the influence then the same result can happen. Should you be charged with a DUI it should be taken seriously and you will definitely need professional assistance.

Are You Required To Consent To Have A Breathalyzer Test Or Other Test To Determine Your Blood Alcohol Level?

The state of South Carolina has an implied consent law. This means the fact that you hold a driver’s license you consent to accept a test if an officer asks you to do so. If the officer has any reason to believe or suspect that you may be under the influence of alcohol you are required by law to consent to the test. If you refuse you can have your license suspended automatically for 6 months. If you had any prior convictions of the same crime in the last 10 years you could have your license suspended for nine months.

What Are Some Of The Criminal Penalties For DUI?

If you are convicted of a DUI and it’s your first offense and you are found guilty of a misdemeanor then you could get as much as 30 days in jail, have your license revoked for 6 months, and a $400 fine. The fines and the length of jail stay can go up depending on the amount of blood alcohol found at the time of testing. If you have a .10% blood alcohol content or a .16% blood alcohol content then these will cause an increase in the total fines and potential jail stay that you might experience.

If you are convicted of a second offense then you could get up to one year in jail and a fine of more than $5,000. You may also have your license suspended for one year or if your blood alcohol is high enough you could be sentenced to a two or three-year jail sentence as well as increased fines because of the higher blood alcohol content found in your system. Along with those penalties is a loss of driver’s license privileges for a year.

Anyone facing charges for DUI after being convicted twice previously can face some extremely serious penalties. Long jail stays and high fines.

Whether it’s your first offense or your fourth you should definitely seek professional counseling by getting a qualified DUI attorney. Anyone in Spartanburg, South Carolina will definitely want to get the assistance of an attorney at law in order to help them with a DUI case.